Kalol, a small city in the state of Gujarat provides facility to worship different religions. Mosques, gurdwaras, churches and temples are situated in this small city for divine involvement.

However, since the city provides residence to a major Hindu crowd there are temples that are predominantly visible inside the city. Some of these temples also have branches in other cities of the state and even India. Mythological stories are also attached to the gods on whose identity the temple is dedicated.

Gayatri Temple – The main Gayatri temple is in Pushkar, Rajasthan. Lord Brahma is worshipped there since he performed a Yagna and married the manifestation of a woman named as Gayatri. In Kalol, the gayatri temples are dedicated to Lord Brahma’s another wife Gayatri.

Satyanarayana Temple – This temple is also situated inside the city. Dedicated to the god, the temple is accessible for all sects in Hindu religion. 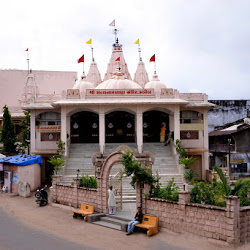 Kapileshwar Mahadev Temple – The temple is very famous in this city and the nearby villages. It worships the self born Ling of Lord Shiva. It is very sacred for all Hindus and many people from other cities also visit this temple to offer prayers. 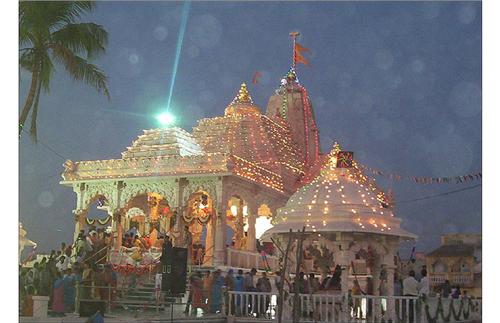 Jamiyatpura Hanumanji Temple – This temple is situated slightly outskirts of the city in the village Jamiyatpura. The distance between Kalol city and Jamiyatpura is 10 kilometers. It is easily accessible and is recommended for a visit.

Adalaj Tri-Dev Mandir – This is the most fascinating and interesting tourist spot in Kalol. The Adalaj Step well is situated in Adalaj village, 10 kilometers from Kalol city. It is believed that this step was built to provide shelter for travelers in those times. The step well was built in the 15th century by queen Rudabai. What is more fascinating is that the whole architecture is an example of the blend of Muslim and Hindu cultures. The walls of this step well are carved with various Hindu and Jain gods. Those who go down the steps to touch the water also interact with their Gods. There are three entrances to the steps and only one opening above that does not let much sunlight to enter the steps keeping it cool even in summers. It is a different kind of temple and is highly recommended for a visit while staying in Kalol. 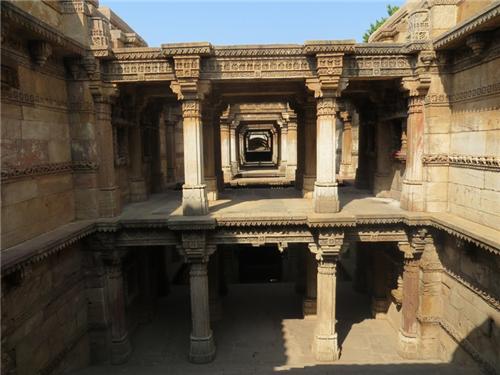 Apart from these three main temples in the city there are other smaller temples which include Umiya Temple, Kali Maa Mandir, Shiv Temple, Meldimataji Temple and Baliyadev Temple.